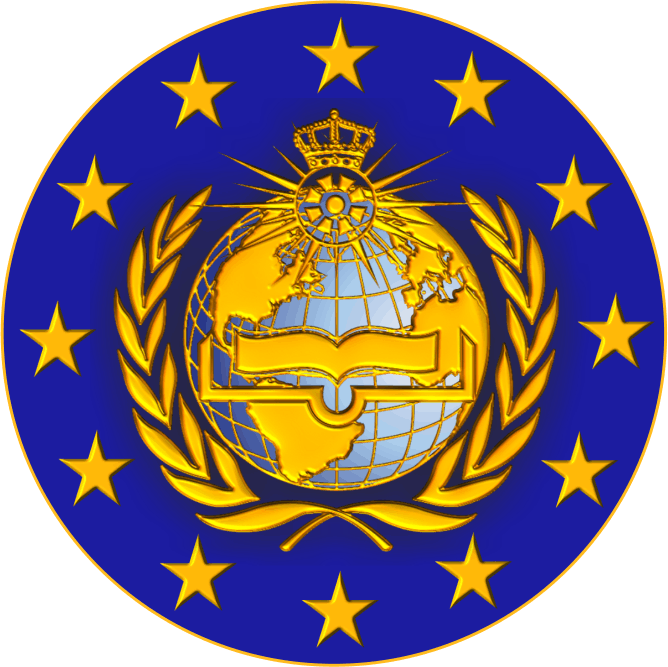 International Higher Academic Council (IHAC) as an Association of world scientists have received the State registration of the Ministry of Justice(General Directorate of the Ministry of Justice of the Russian Federation in St.-Petersburg 01.07.2015, State State Registration number 1157800003173, St. Petersburg Accession number 7814060552).
IHAC is the only successor of the Intergovernmental Higher Academic Council(IHAC), which existed from 12.11.2007 to 01.07.2015 G., with all its accreditation rights and benefits.
International Higher Academic Council(IHAC) carries out its multifunctional activities in cooperation with the International University of Fundamental Studies(IUFS) and represents the first and unique complexe, qualifying research institution, working constantly, and polyfunctional by its goals and objectives. IHAC has athe international accreditation. IHAC deals with the important problems in terms of international relations (theoretical and practical), having an interstate significance. The IHAC consists of scientists of international authrity. The IHAC is preparing the international scientific and managerial personnel of a high-level, unique specialists and professionals in various fields of science and significant research activities. Such speialist as those who are preparing them are of world scientific value.

IHAC has a multilevel system-organizational structure:

Academic Councils at all levels and groups of scientific supervisors and scientific advisors include both local and foreign scientists.
IHAC carries out preliminary work with candidates from different countries on the international academic degrees(bachelor, master, doctor, Grand-doctor) for the preparation of candidates of his thesis defense at the meeting of IHAC, organizes the entire process of defense and assigns academic degrees and academic ranks for special merits(Professor, full Professor). All applicants of any International degree must have  higher education.

IHAC presents such requirements to the applicants:
Bachelor – a real manifestation of abilities to research activities.
Master – an independent research of any scientific problem.
Doctor – theoretical and practical solution of an important scientific problem.
Grand-doctor-proposal and rationale of a new direction in a particular science, both theoretically and practically significant.

Scientific criteria and criteria of scientifically important activities accepted in the IHAC.
Searches, identifying, understanding and explaining the real essence of real events based on real, not hypothetically developed facts.
Consistency of the proposed and proved provisions with summarized and analyzed facts, the reliability of conclusions, its conformity to the reality at the moment and for the future.
Theoretical and practical significance of the material for the first time involved in the research, explained in new way and varied material applied.
Theoretical and practical positive results of the work done, with the possibility of its negative reinterpretation and application.
Specific measure criteria is determined by the level and nature of the thesis submitted by the applicant on the international degree.


The applicant of the International degree defends the specially written work in accordance with existing regulations of its execution at the meeting of IHAC.
In exceptional cases(indisputable scientific authority, old age, health status, real difficulties with writing specialized labor, etc.) the defence may occur in terms of application of the International degree of Grand doctor of philosophy and doctor of philosophy in particular science and scientifically important activity per totality of published scientific works of the applicant that have received recognition of Russian and foreihn experts.

In the IHAC there must be submitted together with the dissertation its autoabstract per totality of works on competition of the degree of Grand doctor and doctor of philosophy in particular science and scientific-significant activities.
The thesis of any level is allowed to defend by the Expert Council on the basis of decisions of the academic councils, considering pre-dissertation and dissertation abstract.
The members of the Expert Council and the specialized scientific councils are part of the United Scientific Council consisting of IHAC.
The review of the scientific supervisor and scientific consultant is attached to the thesis.
The defence is carried not less than 10 days after its admission to the defence in order to let the members of the United Scientific Council composed of IHAC and everyone could be aware of the text of the thesis and its abstract.
PhD has the right to claim for the degree of doctor of philosophy in particular science and scientifically important activities, doctor of science -to the degree of Grand doctor of philosophy in particular science and scientific-significant activities.
In International Diplomas of dissertation of any academic degree issued by the IHAC, in accordance with historically long international tradition, is “Philosophy”(bachelor, master, doctor, Grand-doctor of philosophy in specific area of science and research and the scientific-significant activities) that emphasizes the essential novelty of the proposed  by the defenders of thesis. The dissertations any level represented and defended in the IHAC should be both theoretically and practically significant.

IHAC has the right to award the International scientific titles of Professor and full Professor. Degrees and titles awarded by the IHAC are recognised in more than 150 countries around the world.
IHAC awards International Scientific degrees of doctors and Grand doctors of philosophy tj the prominent social, political, cultural and public persons who have made significant contributions to the development of world science and culture, strengthening the security and peace on our planet.
International Higher Attestation Commission(IHACM) structurally and functionally is a part of IHAC, as the IHAC provides defence of thesis and simultaneously issues the appropriate international certificates.
The IHAC rules the special scientific laboratories and special research centers according to its creation.
The IHAC has the right to perform independently and offer various academic programs(with regard of the practical value of the real cost )to the customers interested in such programs (universities, research institutions, etc.) In case of its acceptance and approval to coordinate the actual implementation and subsequent appliance of the programs .
Members of IHAC are engaged in individual and collective scientific research and significant-scientific activities. The IHAC in the process of its acitivity creates its own specialized publications with participation of foreign scientists: periodical(scientific journal, scientific almanac) and thematic collections, monographs, editions are published in various world languages, in print and electronic version. The IHAC organizes and conducts a variety of international (world) congresses, conferences and so on.
The IHAC  may have regional offices(Small Academic Councils) in different States and cities that are in the same country or in different countries.

Specific team of the IHAC will be determined in the light of the suggestions and recommendations from government bodies and public organizations of different levels  and caracters from different countries of the world.
The degree of Grand doctor of philosophy, doctor of philosophy, magister and
bachelor of philosophy in specific science and research activities are awarded in accordance with the Nomenclature of the IHAC.
Academic titles of Professor and full Professor are also assigned in accordance with the Nomenclature of the IHAC.
The applicants of a scientific degree and academic title may be citizens of Russia and foreign countries.
Scientists, having received the international degree, can reach a new level in their own and other countries recognizing the IHAC. Academic degrees and titles, received in the IHAC are recognised by leading universities around the world.
Only a General Council in the structure of the IHAC has the right of issue of the relevant international diplomas.
The IHAC issues the International Passport of a Scientist to the outstanding scientists of the world.
This provision may be supplemented and refined. All liabilities of its enforcement are attached to myself.

A significant event took place. The International University of Fundamental Studies (The IUFS), being an authoritative in the global scale scientific and educational institution, was accredited by the International Parliament for State Security and Peace (The IPSP) – A new Union of Nations (The NUN). The Parliament is the Intergovernmental Organization of States (IOS). This decision was made by the Parliament on November 12, 2007 (Registration number 0/33).

The Intergovernmental Higher Academic Council (The IHAC), which is formed and approved by the IUFS, may include Grand-Doctors of Philosophy from various countries of the world and various universities and research institutes, state and public academies.

The specific composition of the Intergovernmental Higher Academic Council (The IHAC) will be determined, basing on the suggestions and recommendations of the public authorities at various levels and nature from around the world.

Currently the IUFS proceeds to the formation of the Intergovernmental Higher Academic Council (The IHAC).

The IUFS is thankful to the International Parliament of the State Security and Peace (The IPSP) – The New Union of Nations (The NUN) – The Intergovernmental Organization of States (IOS) for high recognition of the scientific and educational activities of the IUFS and will do its best to justify this high recognition.

Regulation of the IHAC

Competitors of a scientific degree and academic status can be citizens of Russia and foreign countries.

The scientists who have received a degree of the Doctor of Science , the PhD  and the Master of Science in IUFS can get degree evaluation or Degree verification ( attestation) in the other country recognizing bodies of IHAC/IHEC IUFS .Scientific degrees and the qualifications  received by IUFS, admit as conducting High schools of the world

According to the Regulations about the order of award of qualifications of the PhD/Master Degrees at IUFS ( International University of Fundamental Studies)  the authorized decision to rector of  IUFS  in dissertational council  represent the following documents.

The application of the competitor addressed to the chairman of dissertational council with the instruction of  scientific degree and thesis for which it applies, and areas of study according to the Nomenclature of areas of specialization of science officers IHAC IUFS.

The dissertation ( Thesis and thesis report – book and electronic CD)

A response of the opponent

If necessary under the decision of the competitor on protection breadboard models, samples of products, posters, drawings, circuits slides etc. demonstrative materials are represented.