Mahatma Shanti  gets  appointed  as  Advisor  to 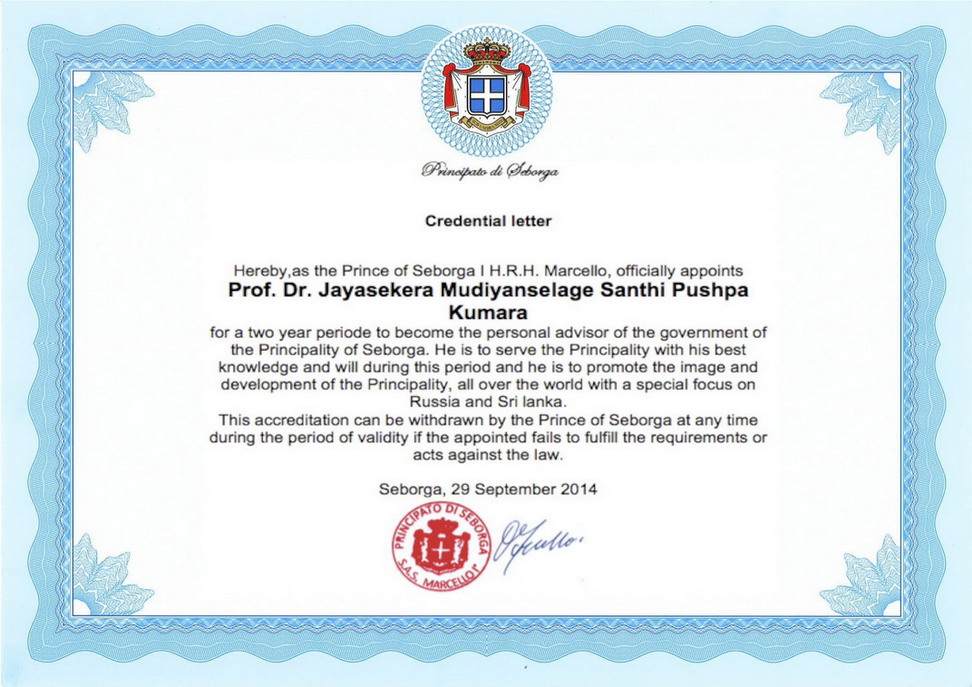 Mahatma Shanti  gets  appointed  as  Advisor  to

His Royal  Highness Prince Seborga of  the

Government of  the Principality of Seborga

Mahatma Shanti P. Jayasekara ( Santhi Pushpa Kumara Jayasekara),Rector IUFS/The President of IUFS, the President of IHAC, academician, professor gets appointed as the Personal Advisor of  the Government of the Principality of Seborga.

Prof. Jayasekara , further has been assigned to look into all matters related to development and  promoting the image of  Principality of  Seborga to all over the world with a special  focus  on Sri Lanka and the Russian  Federation which includes the fields of Construction ,Tourism ,Trade, Agriculture industry .

The Official  appointment was handed on  29 th September 2014 by the Hon. Foreign Minister H H Nina Menegatto in Seborga, in northwest Italy which is administratively,  a comune of the Italian province of Imperia and is the closest city to Monaco which has contributed to Monaco’s status as a premier tourist destination and recreation center for the rich and famous. And in more recent years Monaco has become a major banking center and has successfully sought to diversify its economy into the services and small, high-value-added, non-polluting industries.